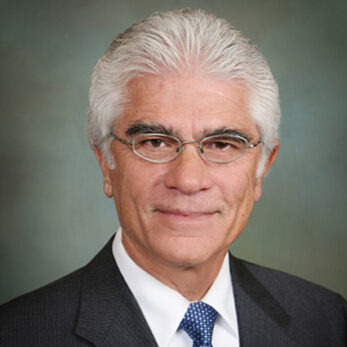 Senior Advisor
<strong>Member Board Of Directors at Military Officers Association of America (MOAA)</strong> John is the <strong>former Superintendent of the U.S. Air Force Academy</strong> in Colorado—in civilian lingo, he was “President of the University” from 2005-2009. General Regni is a 1973 graduate of the U.S. Air Force Academy where he earned a Bachelor of Science degree in Biology.  He also has a Master of Science degree in Systems Management from St. Mary’s University. His 36-year officer career encompassed a wide range of personnel, training, and command assignments. His command tours include Base Commander and 8th Combat Support Group Commander, Kunsan Air Base, South Korea; Commander, Second Air Force; and Commander, Air University. Among his key staff assignments is Director of Manpower, Personnel and Support, U.S. Pacific Command; Director of Personnel at Air Mobility Command; and Director of Military Personnel Policy, Headquarters U.S. Air Force in the Pentagon. He also served on the Secretary of Defense’s Reserve Forces Policy Board from 1996 to 1998. He has been an early advisor to various veteran-focused companies and has used his insights into the Department of Defense organization and operations, as well as military manpower/personnel issues to aid them in advancing and communicating with the veteran/military community. John will afford us the ability to communicate with military and veteran leader who can help us break down the "barriers to entry" to deploying G I Joe Coffee Houses and Kiosks as well as coffee products on military bases, military commissary, and AAFES. His expertise in systems management brings skills we will need to handle enterprise-wide administration of computer systems such as network management, telecommunications, data storage, and other automated centralized processes. He will assist us in staying current with a rapidly changing business and technology environment which will be required of us to attract and retain highly skilled professionals with technological and managerial expertise. This expertise will enable the G.I. Joe Coffee House Project Enterprise to seamlessly integrate all sales, marketing, donations, royalty fees, customer feedback, and communications on a day-to-day basis. 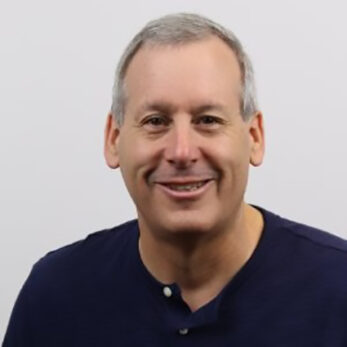 Technical Advisor
<strong>Cloud and DevOps Execution Manager at VMware</strong> JJ Pericas has more than 35 years of U.S. Air Force and information technology services and solutions experience, having served in the public and private sectors. Pericas is making a transition to VMware, Inc to have a broader Department of Defense impact beginning on 5 Feb 2018.  He recently was a Practice Director with Microsoft where he led the company’s U.S. Air Force Services business unit responsible for consulting and premier services to the Air Force worldwide.  Under his leadership, his Practice helped the Air Force adopt Microsoft’s O365 Commercial Cloud, facilitate the enterprise-wide migration to Windows 10, and strengthen the Air Force Network cybersecurity posture.  Additionally, his team is a proud multi-agency recipient of the 2016 Department of Defense (DoD) Chief Information Officer Team Award for Cyber and Information Technology Excellence for their development of the Windows 10 Secure Host Baseline framework which will lead to the deployment of Windows 10 to over four million stakeholders across the DoD.  Prior to Microsoft, Pericas was Vice President, Network Solutions at General Dynamics Information Technology.  His group was oriented on the Air Force’s cybersecurity and network solutions market. Pericas is a 26 years Air Force veteran, retiring as a Colonel.  He started out as an Air Force enlisted dependent while growing up in Colorado Springs, CO.  He earned a Bachelor of Science degree in Military History from the U.S. Air Force Academy, a Master of Arts degree in Computer Resource Management from Webster University, and a Master of Science degree in Strategic Studies from the Air University.  His credentials include Certified Information Systems Security Professional and Project Management Professional certifications. Pericas’ Air Force career was forged in challenging leadership, operations, and technical positions. He was a commander three times at the detachment, squadron, and group levels.  As a staff officer, he excelled in highly visible major command (PACAF), unified command (USSPACECOM), Air Staff, and acquisition positions. He left his mark on the Air Force several times including naming and structuring the Combat Information Transport System Program and commanding the first-ever standup of the 552d Air Control Group resulting in the successful integration of the Air Force’s air and ground battle management command and control mission under a single Air Control Wing. Pericas has also received various Air Force honors including the Air Force Association General Billy Mitchell Award for C4 Excellence and the Air Force's General Edwin W. Rawlings Award for technological innovation. Additionally, he led the 28th Communications Squadron, at Ellsworth AFB, SD, to win the Lt. Gen. Harold W. Grant Award as the Air Force’s best small communications unit as a squadron commander. Pericas currently lives in Chantilly, VA, with his wife Val.